Today’s post is one of my favorites that I get to write every year.

I’m even more excited because this year, I get to share it in writing or on the podcast, depending on your personal preference.

Having a word of the year has consistently served as an empowering practice for grounding and calling in a new experience or way of being that I want to cultivate in the next year.

Rather than making New Year’s resolutions which are often clouded in changing something about ourselves we don’t like and focusing on ‘doing.’

A word of the year focuses on ‘being.’

I recall reading this tagline on the internet somewhere recently, and as a recovering workaholic and high-achiever, it spoke to me.

I’m super excited to share my word for 2023 with you today. Before we do, I thought I’d share a little recap with you from prior years.

You may recall that I declared Prosperity as my word for 2022. That word may sound a little familiar, as we just launched the Prosperous Empath podcast this past November!

I promise you, though, I had no idea that this would be the name for the podcast AT ALL when I chose this word a year ago this month!

If you’ve tuned into the podcast before, you’ll know that Prosperity means a whole lot to me. It encompasses thriving financially absolutely. But so much more than that, prosperity is also about thriving in joy, relationships, health, well being, and more!

When I chose Prosperity for this year, I already knew this year would include getting married. What I absolutely DID NOT know however was that this year would also include moving home to Massachusetts after living out-of-state for the past 20 years.

I could never have dreamed how much I both needed this move and just how much sheer joy, community, support, and contentment was on the other side of this move.

Similarly, I knew last December that I was planning on rebranding this year, but at that point, I was envisioning small tweaks and changes to the website, rather than a complete overhaul to the tune of multiple five-figures.

And finally, I’ve been talking about support quite a bit this past year. Allowing the experience of prosperity similarly allowed me to invest in support for my business and mastermind. Similarly, bringing on a team of coaches to collaborate with is so much larger than anything I had envisioned one year ago.

It’s not to say 2022 wasn’t met with some major hiccups, heartache and breakdowns. Things I don’t feel comfortable sharing about at this point. It absolutely was.

But perhaps this year more than any other. I have come to terms with a concept that I have only intellectually understood for quite some time.

I did a little digging for some of the words I’d declared in previous years. They’re all chillingly accurate for my experience and recollection of those years.

In 2021, I declared pleasure (and also got engaged).
2020 was home (and also the year I purchased my first home).
2019 was the year for creating spaciousness (and also the year I ended two significant business partnerships that were no longer aligned).
And 2018 was all about play, and was not-surprisingly filled with a lot of overseas travel and working abroad.

Oof, it’s such a reminder to me of the power of intention when I look at this recount of the past 5 years and the word I’ve chosen for each one.

Well, without further ado, I’m pumped to share my word of the year with you for 2023.

This one came easily to me this year, for some reason.
And it’s a bit ironic, at the same time….

I intend for leisure to become a verb for me this year.

Now, I know I’ve shared this before. But my word of the year is often something I share a little sheepishly at the beginning of the year…

This year’s word is no different.

I’ve been driven and a high-achiever for about as long as I can remember. Similarly, I have more ‘free’ time in my calendar than many people I know. And I want more, you say?

It’s not about more per se this year. Rather it’s about the quality of my time, energy and relationships and how I choose to experience them.

And I’m thrilled at the prospect of both enjoying and experiencing them leisurely.

The experience of giving and receiving someone’s undivided attention is just about the most important gift I could ask for.

I have never craved someone’s full presence and being present more in life.

bringing my full presence and enjoyment to myself, my husband, my business, my family and friends, mother earth, and our pups of course.

stillness, rest, enjoyment, and embracing idleness as a gift.

disentangling the collapsed concept of leisure and laziness somehow sharing the same definition and the chords of internalized capitalism.

Now, your turn! Hit reply and share with me your word for 2023! I would love to hold space for you calling in your next breakthrough. What is the way of being that you’re committed to becoming? 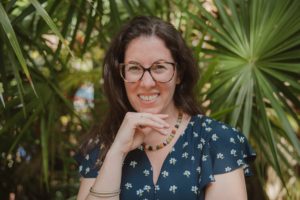 The Nonlinear Path to Entrepreneurship 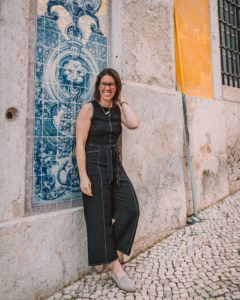 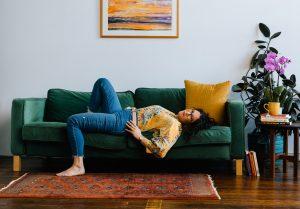