How belonging gives you the courage to mess up

Those who have a strong sense of love and belonging have the courage to be imperfect.
Brené Brown

I’m still processing all that I experienced on my 3-week long trip to India.

It was such a fantastic trip, and I’m excited to share more about it with you in upcoming newsletters.

One of the themes that our PACK retreat travelers and I kept returning to is the idea of community and belonging.

Lemme tell you of one such beautiful example…

One day we attended a Kirtan.

A Kirtan is a full Hindu prayer ceremony. It includes multiple prayers, chants, and rituals in the temple.

It didn’t matter that none of us could speak the language used during the ceremony.

The message that transcended the language was that we were wanted there. We were intended to be there. We belonged.

As I’ve reflected on this experience, I’ve realized that as we age it’s harder to find that sense of belonging.

Life changes. People move, and pass on, and we can come away from those experiences feeling a little bit like we’re pilgrims without a homeland.

Having a community is important to experience belonging.

But beware…finding that community can be both terrifying and exhilarating all at once.

While we were at the Kirtan, and the prayers had ended, a group of women had started singing and created a drum circle in the middle of the temple.

We watched from the sidelines with fascination until…

One of the dancers invited my retreat partner, Megan and I up to dance with her.

Then, she SAT DOWN leaving us in front of about 300 people alone with everyone’s eyes on us.

Everyone clapped and sang for us as we let go and danced to music we’d never heard before. Many a photo was taken from the sidelines. 🙂

In that moment (after the fear had passed), we felt such a deep appreciation and delight at being welcomed and accepted regardless of our abilities.

Later, I learned that the dance I attempted in the circle with Megan (one that I knew from prior holiday celebrations with my partner’s family), called “Bangra,” wasn’t supposed to be danced in the temple. It was a celebratory dance rather than the spiritual ones our dancer had demonstrated for us! Oops!!

Instead of being judged or reprimanded for dancing inappropriate songs in the temple, we were met with an overwhelming sense of acceptance and belonging. They cheered us on with knowing looks and appreciation for our misguided attempts.

Getting “it” right doesn’t have to be a prerequisite for belonging. Being you is enough.

P.S. Are you looking for a way to “belong,” darling? Stay tuned for an upcoming opportunity to join my group coaching program. 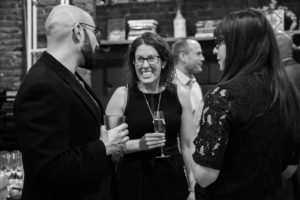 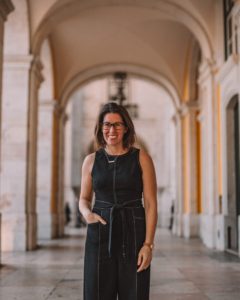 A Practice in Self Compassion 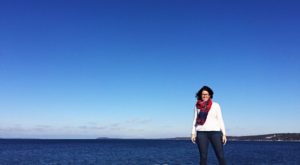