If I hadn’t failed at this, I wouldn’t be where I am today…

The fact that I’m an executive life coach today is a result of my failure.

Failure at passing my certified financial planning exam, that is.

It should’ve been a slam dunk. After all, I had been in school for two years for it. I had studied for the exam for months. I was naturally gifted at numbers and had a sound financial sense.

I was already an economist, so this certification was a natural extension of where I had already established a comfortable living.

But I failed the test.

At the time it was a huge blow to my ego. Now I recognize it as one of the best things that ever happened to me.

Because if I hadn’t failed that test, it would’ve taken me longer to realize that financial planning wasn’t the highest expression of my passion.

What was born from that ‘failure’ is my current business, where I help entrepreneurially-minded people, find and unlock their unbounded potential.

You see, many of us try to keep up a facade of perfectionism in order to avoid failure.

We want to have it all together. And failing publicly is often our biggest fear.

In almost five years of entrepreneurship, I can tell you, the biggest lesson I’ve learned is perfectionism can be a great strategy to avoid failure. But without failure we also lack growth and progress.

Isn’t the very definition of entrepreneurship mean we are a people attune to risk-taking?

Without risks, we don’t fail, and without failure, we don’t reach our highest potential.

So what if we fail? Maybe our new initiative didn’t work as expected, or our launch didn’t yield the results were were hoping for.

That’s doesn’t mean we are a failure.

On the contrary. Maybe we can say with Thomas Edison before he succeeded on his invention of the light bulb, “I haven’t failed. I’ve just found 10,000 ways that won’t work.”

What I’ve notice along my own path and while holding space for my clients, is that fear of failure often has a death grip on us.

How do we actually release the choke hold and be more committed to listening to the voice of our vision, a client asked me recently…

My reply, “Start before you’re ready and fail on purpose in order to access your true north.”

She was startled that part of my recipe for success purposely includes failure.

Oh, darling! It really must include failure because we learn so much about ourselves through it!

So how can we become more comfortable with failure? There’s a simple exercise I share with my clients called, “Failing on Purpose.”

The idea is simple.

We test our resolve on an area where we struggle with fear. Conduct a micro test to get used to the experience of failing on purpose.

If we’re fearful of people, walk down the street, making eye contact with others smiling and saying “hello” to perfect strangers.

If we’re fearful that we’re not getting ahead in life, let’s try upping our rates.

If we’re fearful of not making a quota, make a powerful declaration to our community of our intended result.

This is exactly what happened with a client of mine who we’ll call Stella. Stella worked in sales and was falling behind her quota to win an all-expense paid trip for two to the Caribbean. I challenged her to up the ante, and make a powerful declaration and tell people she was going to win the trip. (It’s one thing to keep it to yourself when there’s so much at stake…it’s another thing when you tell others!)

The result was her community became involved in her effort, they supported her and held her accountable. She ultimately achieved her goal and spent a glorious week with her partner in the Caribbean!

How can one fail on purpose? Play with it. Exposing oneself to more difficult situations heightens our threshold for success, and gets us more comfortable with failure. 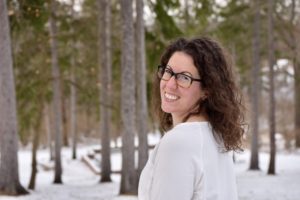 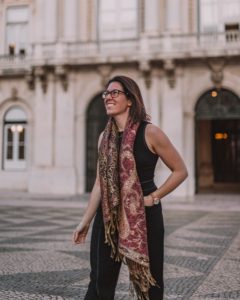 How Belonging Gives You the Courage to Mess Up 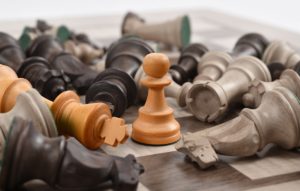 This tool is the game-changer you need for your biz [Black Friday Special Offer!]