Are excuses holding you back? Gain control of your life with the Fab Five!

For seven years throughout all of middle and high school, I played field hockey.

I was never that good. I’ve always been better at endurance sports than coordination-based ones.

If you want to climb a mountain, or run a marathon. I’m definitely your girl, because I won’t give up. “Endurance” is my middle name. And if I had a second one it would likely be “Grit.” These qualities are why I’ve succeeded in business because I don’t concede and I tend to maintain a positive attitude throughout.

But back to field hockey, for most of the years I played, my position was sweeper. This is the position that stands right in front of the goalie trying to sweep the ball away from the net back up the midfield.

I can remember quite clearly how it felt when the ball was approaching the net, immediate sweat glands activated before I’d even started moving! The stress of it all likely influenced how frequently I missed the ball. I was automatically on the defense.

Growing up as a people pleaser and an empath, I’ve often found myself modulating my emotional reactions or mood based on the people around me.

Kind of like a chameleon. I imagine some of you can relate…

One of the most significant business lessons I’ve learned that has influenced my performance levels is to give up playing the defense and begin playing the offense in life.

Now, this is no easy feat.

Many places where I’ve made this shift come to mind, including a productivity hack.

I named it the Fab Five.

This may sound overly simple, and unfortunately, most change is. We overcomplicate change by inserting our own free will, or better said, the lack thereof.

Fab Five is pretty simple: it’s a list of the top five actions there are for you to take in a day to move you powerfully forward.

These are the five priorities that if you were to focus your energy and time on these you would experience yourself as “winning” in your goals and the things you’re most committed to.

I’ve been on this ride for a while now… so this tool is one I’ve personally experienced the benefits of.

But it’s also one I have allowed my penchant to play the defensive beat out my intellectual knowledge that this simple practice would help.

And what I mean by that is that I fought against doing this for years. Years!

Fundamentally I resisted the idea of being controlled by a to do list. My spontaneous-self loves to just pump out work when I FEEL like it.

And to boot, who doesn’t love the ability to check something off your neverending to-do list? That’s much much more satisfying…being able to check 5 to-dos off in my head. I’d much rather do that than spend two hours focusing on one.

You know how procrastination gets in the way.

So if you’re a person who constantly complains about there not being enough time, or there’s too much to do, or you tend to leave important things until the last minute…

But secondly, try this out.

After 5 years of resisting this practice and empowering all the practices that I’m sure you’ve tried on for size, what I’ve realized is that when I align my time with my Fab Five, I get more done.

What’s not so simple is that my experience of my entire day shifts. (For the better.)

Because I’m getting the most important items done first, it frees up time and mental energy for me to take a bubble bath in the middle of the day, or run out to a CrossFit class mid-morning, or push out a passive income product for my business that I’ve been thinking about for years and couldn’t “find” the time to create.

Are you ready to give Fab Five a try?

I’d love to hear how it goes! (REPLY to this email and share your WINS!)

If in doing so, you’re realizing that you actually have some pretty big goals you’re creating this last quarter of the calendar year, perhaps we should talk.

Amanda Hirsch of Mighty Forces and I are launching the second cohort of our signature Jumpstart Your Vision program in early September.

JYV is an intimate group experience for women, by women, to help you take your work life to the next level. Get your ideas out of your head and into the world.

“I always thought I knew myself pretty well, but these past weeks have opened my mind in so many powerful ways. I feel so LUCKY to be a part of this group.”

This program was SO fun to facilitate the first time around and all our participants have gotten so much out of it. I would love to have you be a part of it in September.

P.S If you’ve been considering joining us for a 2020 PACK Retreats, perhaps it’s time to add this to your Fab Five while you’re at it? 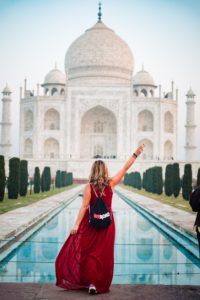 Remember why you do what you do. It’s the magic ingredient! (plus an insider’s look at our India retreat) 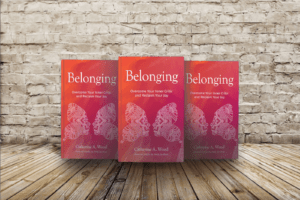 The Single Most Confronting Question I’ve Ever Been Asked 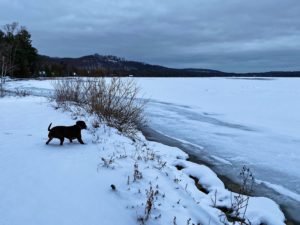 My Word for 2021 (plus inspiration to help you discover yours)